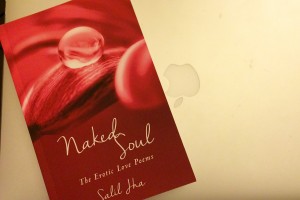 I’ve recently been looking into the history of spirituality and eroticism. Since the antiquity, there has always been some overlap and deep connection between the two great muses of human pursuits. 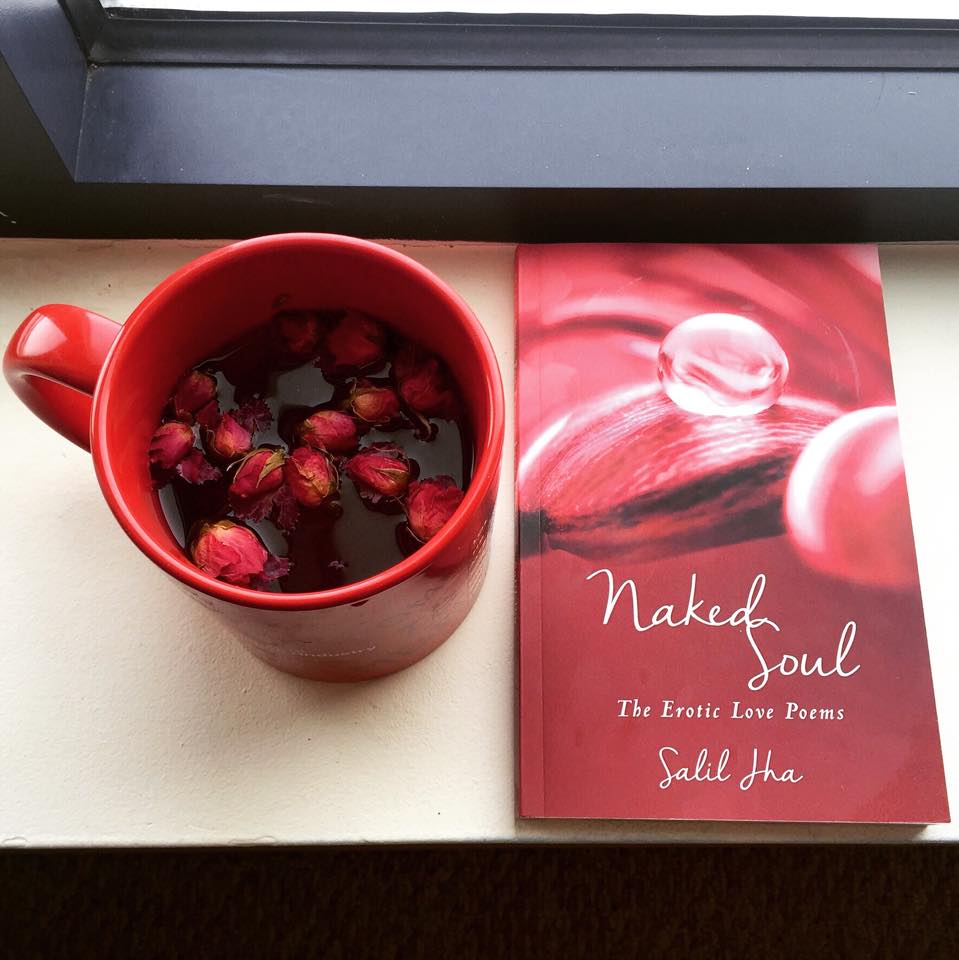 From my research, what I have found that either the religion has tried to suppress the eros or embraced it by transforming and expressing the eros by channeling the sexual energy into spiritual, selfless love to God or some ideal.

While I’ve been checking out ancient teachings and beliefs, biblical verses, songs and poetry, all with the theme of eroticism and spirituality in mind.

I can honestly say that I’ve literally been blown away and swept off my usually grounded feet by the jaw-dropping beauty, frank honesty and unguarded language used by mystics, poets or pagan priests advocating their love for spiritual and mystical figures.

The strength of their ecstatic devotion never fails to shine through, even within their sometimes sexually charged diction. In fact, if I was of religious persuasion, you could probably say that through what I’ve learned, even in a short time frame, I’ve literally been taken to the church (or temple) and back.

It was no less than a sacred pilgrimage through time and cultures.

Since I’ve just mentioned church this is as good a time as any for Spanish mystic and nun, Saint Teresa of Avila (who was canonized by the Catholic church during the 1600’s) to share with us her heartfelt and intimate feelings towards God.

Saint Teresa is said to have experienced devotions of ecstasy which was one of perfect union with God. Her devoutness could not be more apparent than in her poem, I Would Cease to Be:

God
Dissolved
my mind, my separation
I cannot describe now my intimacy with Him
How dependent is your body’s life on water and food and air
I said to God, I will always be unless you cease to Be,
And my Beloved replied,
And I would cease to Be
if you died

You get a real sense of her intensity and passion from the words used here. Whenever I read it I get the feeling that it could almost be a poem written to a lover.

Such displays of beautiful outpourings towards religious and spiritual figures by their devotees have been thematic throughout the centuries. The poem (a prayer as hymn actually): Dear God by lifelong devout Christian, Saint Francis of Assissi also shows the true extent of his feelings:

I love the line please let us touch your face, it’s exactly the kind of thing a person would long to do from the moment he/she begins to fall in love with someone. Saint Francis was canonized as a saint during 1228.

Sixteenth-century Indian mystic, Mirabai, is another plenary example of devotion in its purest form. She became a lifelong follower of Sri Krishna whom she thought of as her husband.

So passionate was her devotion, Mirabi inspired many others to take the same devotional path.

Even well-known sadhus (Hindu word for ascetic holy men) came to her for divine influence. Her life’s sacrifice to Krishna really shines through in this poem:

The saffron of virtue and contentment
Is dissolved in the water-gun of love and affection.
Pink and red clouds of emotion are flying about,
Limitless colors raining down.
All the covers of the earthen vessel of my body are wide open;
I have thrown away all shame before the world.
Mira’s Lord is the Mountain-Holder, the suave lover.
I sacrifice myself in devotion to His lotus feet.

A lot of Mirabai’s poems were written to be sung as bhajans (religious songs of praise) and many of them are still sung in India today.

I am going to return to the theme of Christianity for now as we take another journey back to one of the religion’s most well-known holy scriptures, the Song of Songs (or Song of Solomon).

It’s from the Judaic Old Testament and it’s frank and animated details of the physical love between two people definitely makes it unique to the books of the Bible, especially when you consider that it’s said to have been written between 971 and 965 BC.

“Let my lover come into his garden
and taste its delicious fruits.”
– Song of Solomon 4:16

There are a great many different versions, translations and interpretations around of this book, e.g. King James version, Hebrew translation or the more recent International version.

I’ve included just a small snippet of the more modern International version below, but it can be found here in its entirety.

While the king was at his table,
my perfume spread its fragrance.

Do try and take in the whole thing if you haven’t already, I think the Song of Songs is a fantastic expression of the power of love and the physical attraction it brings, which definitely makes it stand out more than other books of the Old Testament.

Sumerian Mythology: The Song of Inanna and Dumuzi

This is said to be one of the oldest love poems from the ancient world. Recently translated, the words for The Song of Inanna and Dumuzi are said to have been found on stone tablets in the ruins of Nippur, one of the ancient cities of Babylon.

In this myth, a high priestess acting on behalf of the goddess of the land has sex with the ruler of the country to show the goddess’s acceptance to him as guardian of her people.

This ritual is said to bring prosperity to the goddess’s people (who would watch the whole of this sacred act taking place).

He shaped my loins with his fair hands, and,

Who will plough my wet ground?

This poem is far more explicitly upfront than most in this blog. However, because the translations by Diane Wolkstein and Samuel Noah Kramer are quite recent, I don’t think I can include an excerpt in this blog for copyright reasons; but along with more information about Sumerian mythology, the poem can be found in its entirety here.

The Sumerians, like the ancient Greeks and Romans worshipped many gods. Their religious practices at times obviously included some sexual behavior.

It’s hugely apparent that back then, sexual attitudes and behavior, unlike today, didn’t seem to encourage any shameful undertones whatsoever.

When you consider that for two hundred years after Rome’s state religion became Christianity, long term gay unions including marriage were still in existence, it’s so apparent that during this era there were few restrictions imposed on sexuality before later teachings and opinions changed things.

The Virtues of Chastity

It was around 50AD that chastity became a virtue after Saint Paul advocated that the highest love was God and that chastity was the best expression of one’s holiness.

He was of the opinion that if the commitment to chastity could not be sustained then marital sex would then be the next option.

This, to me, basically suggests that Saint Paul felt that sex was sinful and that chastity was actually a clear expression of one’s religiosity.

I am not sure that Jesus even held this same belief as Saint Paul. Although there isn’t a huge deal of stuff documented about Jesus’ attitudes towards sexual behavior. He did preach that men and women should be treated the same when it came to adultery and divorce.

When Jesus came across a woman who had committed adultery, he did not condemn (The Hebrew bible authorized stoning for this act). Instead, he uttered one of his famous phrases:

During the 12th century Philosopher and Theologian, Thomas Aquinas’ impact on sexuality and sexual practices was so phenomenal it even still asserts its influence over the Catholic church today (not bad for a guy who died around eight hundred years ago!)

He was of the belief that sexual organs were merely a vehicle for procreation, any other uses were deemed unnatural or immoral, especially when it came to homosexuality.

His opinion laid the foundation for Christian attitudes that would continue for centuries. Aquinas’ poem to God “Could you Embrace that” can be found here.

Have a look at the quote below which was made by modern-day spiritual leader and Indian mystic Rajneesh (Osho).

So always remember, whatsoever I say to you, you can take it in two ways. You can simply take it on my authority, Because I say so, it must be true — then you will suffer, then you will not grow.

I love this quote because it immediately encourages the growth of the mind. During his time on Earth (between 1931 – 1990), Osho gave nurturing talks on all manner of subjects, ranging from meditation, enlightenment, religion, and self-exploration.

He was also a follower of Tantra which he describes as the science of transforming ordinary lovers into soul mates.

Rather than seeing sex as a sinful act, Osho believed it to be sacred and joyful. This is a snippet from one of his discourses From Sex to Superconsciousness.

Only in the moments of coitus did man realize that it was possible to feel such profound love, to experience such illuminating bliss. And those who meditated on this truth in the right frame of mind, those who meditated on the phenomenon of sex, of intercourse, came to the conclusion that in the moments of climax the mind becomes empty of thoughts. All thoughts drain out at that moment. And this emptiness of mind, this void, this vacuum, this freezing of the mind, is the cause of the shower of divine joy.

If you want to know the elemental truth about love, the first requisite is to accept the sacredness of sex, to accept the divinity of sex in the same way you accept God’s existence with an open heart. And the more fully you accept sex with an open heart and mind, the freer you will be of it. But the more you suppress it the more you will become bound to it.

You can read more of this discourse here.

To His Mistress Going to Bed

Unpin that spangled breastplate which you wear,
That th’eyes of busy fools may be stopped there.
Unlace yourself, for that harmonious chime
Tells me from you that now it is bed time.
Off with that happy busk, which I envy,
That still can be, and still can stand so nigh.
Your gown going off, such beauteous state reveals,
As when from flowery meads th’hills shadow steals.
Those set our hairs, but these our flesh upright.
License my roving hands, and let them go
Before, behind, between, above, below.
O my America! my new-found-land,
My kingdom, safeliest when with one man manned,
My mine of precious stones, my empery,
How blest am I in this discovering thee!
To enter in these bonds is to be free;
Then where my hand is set, my seal shall be.
Full nakedness! All joys are due to thee

Read another one of John Donne’s poem: The Ecstasy by John Donne

Thanks very much for looking at my blog, please let me know if you enjoyed reading it.

What do you think about theÂ Eros and Religion? Do you also feel they connect deeply and that they are basically the same powerful force? I am sure there are other aspects or connections that I have missed. Please leave your thoughts and input in the Comments below.
6 comments Love, Philosophy