Interconnectedness of Music, Poetry, Literature, and Other Arts 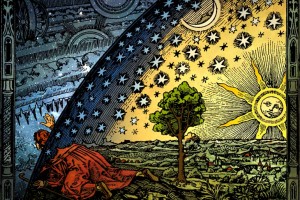 “I love to write poetry, I love to sing,” chirped American poet and singer, Jill Scott, by way of introduction on her debut album at the turn of the millennium.

A few tunes in, I could tell she meant business.

Interconnectedness of Music and Poetry

The fusion of music and poetry on her track Exclusively is a prime example of how musical subtleties can illuminate and enhance the spoken word.

As Scott tells her story – sharing intimate details of a sexily charged morning spent with a lover the sultry syllables which unfurl from her tongue and sweetly tumble from her mouth are in total harmony with the melodic, soulful and rhythmic sounds.

She grips the listener with her Philly twang, its beat pattern subtly changing every so often, until suddenly her voice tone hugely alters; as does the music.

This abrupt shift brings us to the end of her tale. The story teller’s sentiments have changed and we, the listeners, feel her first unsatisfactory climax of the day as much as she does. Pure poetry.

Linking the Mediums of Music and Poetry

Linking the mediums of music and poetry is nothing new, the relationship is a close one with the two having inter-connected on so many levels throughout history. For centuries now performers, lyricists, and musicians have done much to cement this relationship, often producing outstanding results for our listening pleasure.

Music in Poetry (without instruments)

Creating music within a poem can be a difficult task to begin with, but by using carefully constructed verses, writers of poetry for the page can bring rhythm to their work, so long as they’re prepared to put the hours in.

Being cunningly creative with rhyme patterns, pace and line breaks, or by using alliteration and onomatopoeia are just a few of the ways in which rhythmic beats can be created within prose to give it life.

Being brave enough to play around with language and punctuation can also add a lot of flavor to beat patterns: emphasis using capitalization or an exclamation after successive well-crafted syllables on a page, can make all the difference to the flow and pattern of the piece for the reader and, if the writer is lucky, result in the creation of rhythm patterns, rhymes and melodies without a single semibreve, quaver or crotchet being included in the equation.

Writer and cartoonist Dr. Seuss is a fun example of someone who got this right.

Spoken word artists too have long been blessing us with musicality in their work. The skills in creating musical elements in their work lie, not only in the writing but in their powerful oral execution and melodic flow. Spoken word poets have the advantage of complementing their written work using anything from acting or comedic methods to creating an alter ego.

Merely reading from the page in monotone fashion is not an option in terms of creating a rhythm for a live audience.

To be successful and engaging in this field a few things a poet may need to adopt in his or her work are: repetition, chanting, alliteration or beatboxing.

Rapping, pregnant pauses, tempo changes, and even audience participation are all pretty popular too.

After all, a room full of people clapping or chanting in harmony with you as a performer is a fantastic way to bring out the beats and control the melodies, again without relying on a single musician or instrument.

Contemporary performer Saul Williams manages to use several of these methods in his poem Ohm (watch on Youtube).

Whether you look at some of today’s artists or go back a few decades, popular performers both past and present have had strong associations with poetry and music: Jim Morrison, Dylan Thomas, Maya Angelou, and Bob Dylan are just a handful.

Jim Morrison published several books of poetry during his short lifetime. But until the album An American Prayer was put together and released several years after his death, he was probably better known as The Doors’ hell-raising frontman.

The LP comprises Morrison’s poetic narrative over music composed by surviving members of The Doors. Genius in parts it keeps the listener captivated and awakens the imagination at the start. The poem Awake blends beautifully with the music’s trance-inducing chimes and 70’s guitar.

Although the sometimes too-upbeat melodies don’t always blend so well with the dark lyrics in subsequent tracks, Morrison’s talent for poetry writing still manages to shine through on this album, despite the lack of harmony between the music and poetry.

The poet Dylan Thomas is no doubt Wales’ most famous literary export his gift of bringing music, bounce, and melody to his work makes it charming to read.

He was a popular performer in the USA during the 1950’s but like Jim Morrison, Thomas went on to become a heavy drinker; he too, by all accounts, also had his fair share of hell-raising moments.

Decades after Thomas’ death in New York, several of his poems were given a new lease of life to mark his centenary in 2014.

Welsh musician Cerys Matthews recorded several of Thomas’s poems and set them to music. A Child’s Christmas, Poems and Tiger Eggs is the magical result the combination of music, spoken word and song is a harmonious and beautiful marriage which works amazingly well.

Lovers of Thomas’ work, as well as voyeurs, may well find some gems that raise a smile or two in this modern collection. Hippos is just one of a number of tracks that stands out in this awesome collection.

In a blog about poetry and music, it would be wrong not to mention America’s First Lady of Poetry, the late Maya Angelou.

If there is one poet on this planet whose lyrics have been regularly linked with musicians, it’s Angelou. Such an inspirational figure to many, her poem I know why the Caged Bird Sings’ has been hugely influential for several artists over the years including Alicia keys, who recorded: Caged Bird for one of her albums at the turn of the millennium.

Angelou herself actually featured on hip-hop artist Common’s track Dreamer in 2011. Even singer and actor Olivia Newton-John has been inspired by Angelou. In 2005 she recorded a charity song called Phenomenal Woman, based on Angelou’s poem of the same name.

With her work holding such influence over the music and literary worlds, America is set to feel Angelou’s lyrical presence for years if not decades to come.

Can song lyrics stand out more as a poem than as a song? This isn’t a question that comes up very often, but it’s one worth asking. Take a look at the lyrics from the song Forever Young.

Those of you who believed that song lyrics can never double up as poetry, maybe these lines illustrate that there might be times when songs do probably stand out more as poems than as songs.

Or may at least sit comfortably across both mediums. What do you think? I am interested to know your thoughts. Comment below.

Once you’ve finally got your hands on a copy, you may want to try the music-poetry combination.

The audiobook production is currently work-in-progress. If you think you can help, please contact me.

Britney Spears’ Breath on me

Singing, spoken word, lustful lyrics and ecstatic groaning all feature on this notorious classic from the late 1960’s.

Gustav Mahler’s Adagietto from Symphony no. 5

Classical track which takes the listener on a dynamic journey within a huge range of crescendos and diminuendos (increases and decreases in loudness).

Instrumental with cool piano and sexy synthesizer sounds and samples.

Fast paced and pounding mainly instrumental track containing a few seductive spoken words. It speeds up and slows down at just the right moments.

Did you know about the free VIP pass offer to the Naked Soul Club? Subscribe your email now and join and be part of this tight-knit community of lovers, readers, writers, adventures and other people just like yourself. I send great contents directly into your mailbox. Sign up now and stay in touch!

What do you think about the relationship between Music and Poetry? I am sure there are other aspects or connections that I have missed. Please leave your thoughts and input in the Comments below.
7 comments Inspirational