I know that I know nothing 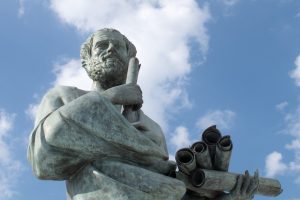 The phrase “I know that I know nothing” may sound familiar to you. That’s because, at some point, you must have either heard it from a friend or in school or read it somewhere. It’s a Socratic paradox.

The term, “Socratic paradox” refer to a self-referential paradox, originating in Socrates’s utterance, “what I do not know I do not think I know”, often paraphrased as “I know that I know nothing.”

The following are few of the so-called Socratic paradoxes:

I know that I know nothing

The phrase originally comes from Latin “ipse se nihil scire id unum sciat”, which (if literally translated) means “to know that one thing he knows he himself is nothing”.

This does not make much sense if you just read the English translation.

This is because much is lost in the translation (Greek to Latin to back to Greek to now English).

Also, please note that we have lost most of the historical context and nuances since historical records are limited and often incomplete.

In my opinion there are two things going on here:

1) Socrates is saying, “I know, I do not know things that I don’t know.” (This is factually correct for both Socrates and all of us, but whether you are aware of this fact of life is another topic.)

2) Socrates is saying, “I know, I don’t know anything (besides probably a few things and that too in a shallow sense)”. If you think deeply about it, this also seems to be true for him and as well as anyone of us.

Let us take a deep dive into what I mean by the above (point #2). 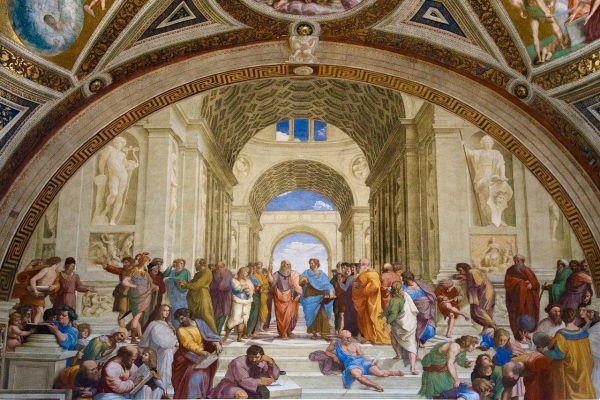 We know that Socrates has been the bedrock of Western philosophy. So we can perhaps reverse engineer the foundation of western philosophy to gain some further insight into what actually was said or meant.

Socrates’ dialectic method of teaching was based on that he as a teacher knew nothing, so he would derive knowledge from his students by dialogue.

There is also a passage by Diogenes Laertius in his work Lives and Opinions of Eminent Philosophers where he lists, among the things that Socrates used to say:

Again, closer to the quote, there is a passage in Plato’s Apology, where Socrates says that after discussing with someone he started thinking that:

τούτου μὲν τοῦ ἀνθρώπου ἐγὼ σοφώτερός εἰμι· κινδυνεύει μὲν γὰρ ἡμῶν οὐδέτερος οὐδὲν καλὸν κἀγαθὸν εἰδέναι, ἀλλ᾽ οὗτος μὲν οἴεταί τι εἰδέναι οὐκ εἰδώς, ἐγὼ δέ, ὥσπερ οὖν οὐκ οἶδα, οὐδὲ οἴομαι· ἔοικα γοῦν τούτου γε σμικρῷ τινι αὐτῷ τούτῳ σοφώτερος εἶναι, ὅτι ἃ μὴ οἶδα οὐδὲ οἴομαι εἰδέναι.
I am wiser than this man, for neither of us appears to know anything great and good; but he fancies he knows something, although he knows nothing; whereas I, as I do not know anything, so I do not fancy I do. In this trifling particular, then, I appear to be wiser than he, because I do not fancy I know what I do not know.

What this tells us is that your knowledge of any subject is always incomplete. As you acquire more facts and truths about a matter, your knowledge increases, oftentimes eliminating previously held wrong assumptions or beliefs.

You are always learning, always seeking, always questioning, always wondering, always doubting, always keeping an open mind that you might be wrong. And as things turn out, you often are…wrong and/or incomplete.

So perhaps, Socrates did mean “I know that I know nothing” but not as an objective fact about himself but as a state of mind. If you view it in this context then the Socratic paradox is not a paradox after all.

In the grand scheme of things, none of us know anything that’s truly eternal, the Absolute Truth! One needs to be a forever student. You never stop learning.