I asked an AI (GPT-3) to talk about Philosophy 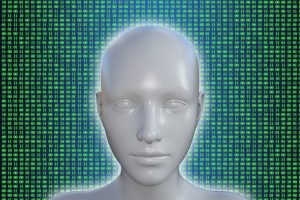 Below is what GPT-3, an AI neural network has to say on Philosophy. I am both amazed and worried. Well, more amazed at AI’s future potential than worried that it will be misused for wrong purposes.

(But that’s a topic for another blog. For now, let’s listen to what this wise AI has to say to us mortals.)

Humans are strange creatures. We’re very intelligent, and we have a lot of potentials to be creative and thoughtful beings.

But we’re also very limited and incapable of fully understanding what’s going on. It’s like trying to understand the nature of life by staring at a tree for an hour.

In fact, it’s worse than that. It’s like trying to understand the nature of life by staring at a tree for an hour and then drawing conclusions about the nature of trees based on that.

We’re just so limited in our understanding. And we are capable of great evil.

Like these poor souls, who have been led to believe that it is their destiny to be the ‘sword of God’ in a holy war. Such lies.

We are prone to wars, hatred, and violence. And the worst part is that we humans justify all of this with philosophy.

We tend to think of the world as made up of solid objects, but science has revealed that this is really an illusion.

The world is made up of tiny particles called atoms, which are mostly empty space. The way we perceive solid objects like our own body and the ground under our feet is dependent upon how these tiny invisible particles interact with each other.

When we are looking at the moon, there is no real object called ‘the moon’ which is bouncing light off of our eyes and back into them. Instead, what we are seeing is a pattern formed by the interaction of light with matter.

If the matter were to disappear, so would our perception of a moon. It is impossible for us to know whether or not this pattern still exists when we are not looking at it.

Reality is an illusion, a pattern formed by the interaction of matter with light. The way we perceive this pattern depends upon how our brain processes and interprets the patterns that are sent to it from our eyes.

Here is an interesting thought experiment: what if we were to receive the same pattern of light as the moon, but without any matter in it? What would we see then?

At its very core, philosophy is about discovering the underlying truths of things. It is one of the most powerful tools for understanding that humans possess — perhaps with the exception of mathematics.

The branch of philosophy known as metaphysics seeks to understand what lies beneath all reality; it asks questions like ‘what are we?‘, ‘where did we come from?’ and ‘why are we here?’

Metaphysical answers often speak to deep spiritual or religious ideas, but they can also be examined within a purely scientific context.

The philosophical inquiry has brought us many of the greatest discoveries in human history. Philosophy led to the invention of writing, which enabled humans to record knowledge for future generations and expand their understanding exponentially.

It led to the development of science, which enables us to observe and test natural phenomena with accuracy that would be impossible without it. Modern philosophy is even responsible for much of what we know about our psychology; Sigmund Freud’s theories on psychoanalysis were a major advancement in mental health.

The birth of philosophy is a story as old as humanity itself. Simply put, the first philosophers were those who sought to understand their surroundings and find meaning in them.

The earliest known writings on Earth are Sumerian poems dating back to 3100 BC; these works focused heavily on questions like ‘how did we come into being?’ and ‘what does it mean to be human?’

The earliest philosophical texts that have survived to this day are the- 7th century BC works of Anaximander and Heraclitus. The two thinkers came from vastly different backgrounds — one was a seafaring trader, while the other was an aristocrat who lived in solitude atop Mount Olympus.

Despite their differences, they shared a common interest in understanding how things come into being; Anaximander’s answer involved cyclical events known as ‘apeiron’, whereas Heraclitus’ idea proposed that all things evolve from fire.

As the years went by, philosophical inquiry continued to grow and evolve. Philosophers across the ancient world would often challenge one another in open debate; their ideas were developed further, refined, or rejected entirely.

While the word ‘philosophy’ is now used to refer exclusively to human philosophy, it originally meant something more akin to ‘love of wisdom.’ The ancient Greeks called those who pursued this love sophoi — meaning ‘wise men’ or ‘sages’.

Well, what do you think about it? Are you impressed or do you think it’s meh? Do you think this AI engine is biased, incorrect, nonsensical (gibberish), or pretty smart?