Does Age Really Matter? (When It Comes to Your Life’s Purpose) 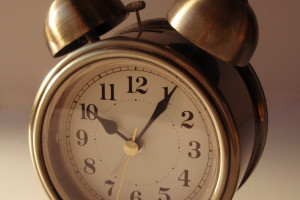 A short list of people who accomplished great things at different ages. At the end of your reading, if you feel motivated to take actions and take charge of your life, please share this list with atleast 1 friend who you think needs to read this.

At 19 months, Helen Keller became deaf and blind. But that didnâ€™t stop her. She was the first deaf and blind person to earn a Bachelor of Arts degree.

At 1, Christian Friedrich Heinecken, the legendary child prodigy, had read the ï¬rst ï¬ve books of the Bible.

At 3, Wolfgang Mozart taught himself to play the harpsichord.

At 5, Mozart was already competent on keyboard and violin; he started composing original music.

At 6, Willie Hoppe, the greatest billiards player in history, began to play pool. He had to stand on a box to reach the table. In his lifetime, HoppeÂ won 51 world titles. He was ranked number 1 on the Billiards Digest 50 Greatest Players of the Century.

At 6, Shirley Temple became a movie star on â€œBright Eyes.â€

At 8, three-time Olympic gold medal runner Wilma Rudolph took her ï¬rst step after suffering from polio as a child.

At 9, Daisy Ashford wrote her bestselling novel, “The Young Visiters.” It sold over 200,000 copies.

At 10, Vinay Bhat became the youngest chess master in the world.

At 11, pilot Victoria Van Meter became the youngest girl to ï¬‚y across the United States.

At 12, Carl von Clausewitz, general and writer of “On War,” joined the Prussian army.

At 12, Anne Frank wrote the her famous “The Diary of Anne Frank.”

At 13, actress, director and producer Jodie Foster wrote and directed a short movie called The Hands of Time.

At 15, Swedish tennis star Bjorn Borg dropped out of school to concentrate on tennis.

At 15, Tenzin Gyatso was formally recognized as the 14th Dalai Lama. He assumed all responsibilities of being the leader of Tibetan people.

At 16, American sharpshooter Annie Oakley challenged and defeated the well-known marksman Frank Butler by hitting a dime in midair from 90 feet.

At 17, soccer legend Pele won the World Cup for Brazil and then passed out on the ï¬eld.Â Pele, a soccer superstar, was 17 years old when he won the world cup in 1958 with Brazil.

At 18, Norwegian mathematician Niels Henrik Abel proved that it was impossible to solve the general equation of ï¬fth degree by algebraic means.

At 19, Abner Doubleday devised the rules for baseball.

At 20, Charles Lindbergh learned to ï¬‚y.

At 22, Olympic runner Herbert James Elliott, one of the greatest mile runners ever, retired undefeated.

At 23,Â Aryabhata authored of his famous treatises on mathematics and astronomy inÂ 499 AD.

At 23, Beethoven was a piano virtuoso.

At 24, Evan Spiegel, CEO and co-founder of Snapchat, a photo-messaging app, became one of the world’s youngest billionaires.

At 25, Janis Joplin made her ï¬rst recording, â€œCheap Thrills,â€ which grossed over $1 million within a few months.

At 26, Soviet cosmonaut Valentina Tereshkova became the ï¬rst woman to travel in space.

At 26, Albert Einstein wrote the theory of relativity.

At 27, Kurt Vonnegut, Jr. left his job at General Electric to become a full-time writer.

By 28, Michelangelo created two of the greatest sculptures â€œDavidâ€ and â€œPietaâ€.

By age 29, Alexander the Great had created one of the largest empires of the ancient world.

At 30, physicist Armand Fizeau measured the speed of light.

At 30, Dustin Moskovitz became billionaire along with Mark Zuckerberg while working on early stages of Facebook. His current net worth is over 8 billion dollars.

At 30, J.K. Rowling finished the first manuscript of Harry Potter. She later became the firstÂ billionaire author ever.

At 31, Amelia Earhart became the first woman to fly solo across the Atlantic Ocean.

At 32, Alexander the Great had conquered almost the entire known world.

At 32, Oprah started her talk show, which has become the highest-rated program of its kind.

At 33, Walter Nilsson rode across the United States on an 8-ft. unicycle.

At 34, Martin Luther King Jr. wrote the speech â€œI Have a Dream.”

At 37, Jersey Joe Walcott became the oldest man ever to win the world heavyweight boxing title.

At 37, Vincent Van Gogh died virtually unknown, yet his paintings today are worth millions.

At 38, Apollo 11 commander Neil Armstrong became the ï¬rst person to set foot on the moon.

At 39, Sharon Sites Adams became the ï¬rst woman to sail alone across the Paciï¬c Ocean.

At 40, Mark Twain wrote the bestseller “The Adventures of Tom Sawyer”. Later at age 49 he wrote his second most popular work “Adventures of Huckleberry Finn.”

At 41, Christopher Columbus discovered the Americas.

At 42, Rosa Parks refused to obey the bus driverâ€™s order to give up her seat to make room for a white passenger. This became the turning point in Civil rights movement in the America.

At 45, Henry Ford launched the Ford T model. This made him one of the greatest businessman in America.

At 46, Suzanne Collins wrote the bestselling “The Hunger Games”. The books were later made into Hollywood movies.

At 47, Barack Obama became the firstÂ African American president in the US.

At 48, Umberto Eco, a professor of semiotics, wrote his ï¬rst novel, “The Name of the Rose.”

At 49, Julia Child published her book, “Mastering the Art of French Cooking.”

At 50, Charles Darwin’s book “On the Origin of Species” came out. As we all know, this book changed the course of science forever.

At 51, Marquis de Sade, imprisoned for much of his life, wrote the novel “Justine.”

At 52, Sir Francis Chichester sailed around the world alone in a 53-foot boat normally manned by a crew of six.

At 53, Walter Hunt, an inventor, patented the safety pin.

At 53, Ray Kroc bought the McDonalds Franchise and turned it into a multi-billion dollar enterprise.

At 54, Annie Jump Cannon became the ï¬rst astronomer to classify the stars according to spectral type.

At 56, Mao Zedong founded the People’s Republic of China.

At 57, Frank Dobesh competed in his ï¬rst 100-mile bicycle ride â€” exactly 10 years after he was diagnosed with an inoperable brain tumor.

At 57, Chesley Sullenberger III was successfully ditched US Airways Flight 1549 in the Hudson River in 2009. All of the 155 passengers aboard the aircraft survived

At 58, Sony chairman Akio Morita introduced the Sony Walkman, an idea no one seemed to like at the time.

At 60, playwright and essayist George Bernard Shaw ï¬nished writing “Heartbreak House,” regarded by many as his masterpiece.

At 62, J.R.R. Tolkien published the ï¬rst volume of his fantasy series, “Lord of the Rings.”Â J.R.R Tolkien was 62 when the Lord of the Ring books came out.

At 63, John Dryden undertook the enormous task of translating the entire works of Virgil into English verse.

At 66, Noah Webster completed his monumental “American Dictionary of the English Language.”

At 67, Simeon Poisson discovered the laws of probability after studying the likelihood of death from mule kicks in the French army.

At 69, Canadian Ed Whitlock of Milton, Ontario, Canada, became the oldest person to run a standard marathon in under three hours (2:52:47).

At 69, Ginette Bedard, ran her first marathon. AtÂ 72 she beat the world record for her age group by finishing in 3:46. Since then she has been running a full marathon each year. She is 81 and just finished her 12th marathon.

At 70, Jack Lalane performed a feat never seen before. He was handcuffed and shackled before he towed 70 rowboats.

At 71, Lord Palmerston became the oldest person to become PM. Born in 1784, he entered the House of Commons at the age of 23. For 20 years he was a junior minister in a Tory government before changing parties, becoming the most successful Whig Foreign Secretary and finally the Prime Minister in 1855.

At 72, Margaret Ringenberg ï¬‚ew around the world.

At 73, Larry King celebrated his 50th year in broadcasting.

At 74, Ferdinand Marie de Lesseps began an attempt to construct the Suez Canal.

At 75, cancer survivor Barbara Hillary became one of the oldest people, and the ï¬rst black woman, to reach the North Pole.

At 76, Arthur Miller unveiled a bold new play, “The Ride Down Mt. Morgan,” free of the world-weary tone of his previous works.

At 76, Nelson Mandela became President. Before becoming the President he was imprisoned for over 20 years.Â

At 77, John Glenn became the oldest person to go into space.

At 78, Chevalier de Lamarck proposed a new theory of the evolutionary process, claiming that acquired characteristics can be transmitted to offspring.

At 78, Anna Mary Robertson Moses began painting. She is often cited as an example of an individual successfully beginning a career in the arts at an advanced age. Her works have been shown and sold in the United States and abroad and have been marketed on greeting cards and other merchandise. Moses’ paintings are among the collections of many museums. One of her painting,Â The Sugaring Off was sold for US$1.2 million in 2006.

At 81, Bill Painter became the oldest person to reach the 14,411-foot summit of Mt. Rainier.

At 82, William Ivy Baldwin became the oldest tightrope walker, crossing the South Boulder Canyon in Colorado on a 320-foot wire.

At 85, Theodor Mommsen became the oldest person to receive a Nobel Prize in Literature.

At 86, Katherine Pelton swam the 200-meter butterï¬‚y in 3 minutes, 1.14 seconds, beating the menâ€™s world record for that age group by over 20 seconds.

At 88, Michelangelo created the architectural plans for the Church of Santa Maria degli Angeli.

At 89, Dorothy Davenhill Hirsch became the oldest person to go to the North Pole.

At 90, Marc Chagall became the ï¬rst living artist to be exhibited at the Louvre museum.

At 91, Allan Stewart of New South Wales completed a Bachelor of Law degree from the University of New England.

At 92, Gladys Burrill from Hawaii became the oldest woman to complete a marathon.

At 94, comedian George Burns performed in Schenectady, NY, 63 years after his ï¬rst performance there.

At 95, Nola Ochs became the oldest person to receive a college diploma.

At 95, the late Lord Renton became the oldest person to pass a driving test in 2003.

At 96, Harry Bernstein published his ï¬rst book, “The Invisible Wall,” three years after he started writing to cope with loneliness after his wife of 70 years, Ruby, passed away.

At 97, Martin Miller was still working fulltime as a lobbyist on behalf of beneï¬ts for seniors.

At 98, Beatrice Wood, a ceramist, exhibited her latest work.

At 100,Â Bertha Wood, had her first book, “Fresh Air and Fun: The Story of a Blackpool Holiday Camp” was published on her 100th birthday.Â The book is based on her memoirs, which she began writing at the age of 90.

At 103, Albert Jean Amateau, Turkish rabbi and social activist helped found the American Society of Jewish Friends of Turkey and was named as its president.

At 108, Shivakumara Swami received Padma Bhushana in 2015, the highest award granted from the Government of India for social service and humanitarian work.

At 122, Jeanne Calment from France became the verified oldest human being ever to live in 1997 (the year of her death).

Comment if you think I should add someone I have missed and is worthy of a note? Also, tell me what YOU are doing at your current age to actualize your dreams? The first 10 commenters are always my favorite.