Thought Experiment: Can the End of This World Start a New Beginning 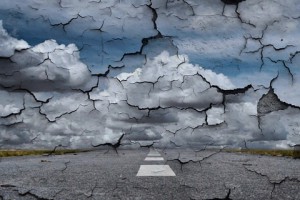 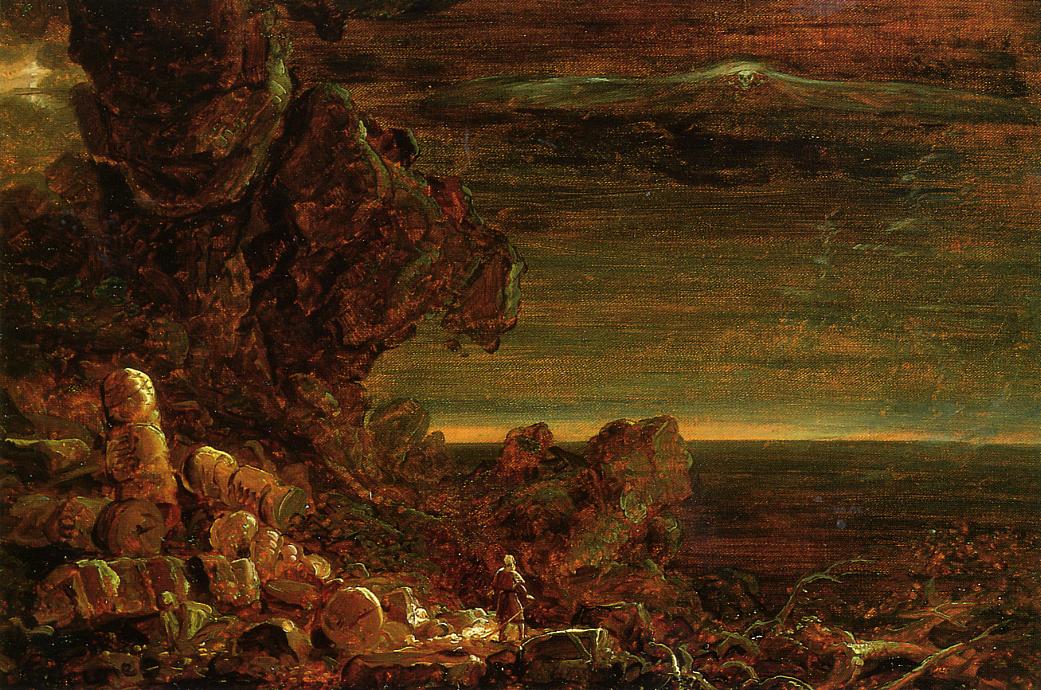 An interesting philosophical question is a question “Is the end of the world a new beginning?”

Scholars have pondered this question for centuries and it served as the focus of a 2000 documentary by PBS’s frontline program “Apocalypse! The Evolution of Apocalyptic Belief and how it shaped the Western World.”

In the above-mentioned documentary, the biblical book of Revelation was explored in detail. The book of Revelation is one that has sparked the interest of readers more than any other book in the Bible and recounts how the end times will play out including the reign of the man referred to as the Antichrist.

James Tabor, a professor in the Department of Religious Studies at the University of North Carolina-Charlotte, wrote of the book of Revelation:

“If you open the Book of Revelation and simply begin reading it as an unfolding scenario, it goes something like this. There will be wars and famines and disease epidemics and heavenly signs that will alert the world to some sort of crisis. Then will come an Antichrist as he’s called, or a political ruler, that will establish control over the whole Earth. He’ll be backed up with a religious ruler, who’s called the false prophet. They together establish a unified social, economic, and religious system that dominates the world. The only thing opposing them is the people of God and these two prophets, they’re called the two witnesses, who appear in Jerusalem, and begin to speak against this power. The rest of the book, really the last half of the book is about the overthrow of this system. The beast, the false prophet, who has the number 666, the Antichrist, is overthrown with judgments and plagues.”

The book was written by Saint John the Apostle who visualized the events of the end times in a series of visions while he was imprisoned in a cave towards the end of his life for his testimony about Jesus Christ.

God banished the nonbelievers to hell while the believers would live with God in a peaceful and secure kingdom. This new world was described in verses from the book:

“Then I saw a new heaven and a new earth, for the old heaven and the old earth had disappeared. And the sea was also gone. And I saw the holy city, the new Jerusalem, coming down from God out of heaven like a bride beautifully dressed for her husband. I heard a loud shout from the throne saying, Look, God’s home is now among his people! He will live with them and they will be his people. God himself will be with them. He will wipe every tear from their eyes and there will be no more death or sorrow or crying or pain. All these things are gone forever.”

The apocalypse was depicted in a popular Christian fictional book series, Left Behind, in which the end of the world occurs and all of Jesus Christ’s believers vanish and are sent off to paradise in heaven while the non-believers or doubters of his teachings remain on Earth under the reign of the Antichrist.

How will the world end?

That is still an unknown question but an article published in The Good News recounted the ways that politicians, educators, and scientists predicted how the world would end. The causes included nuclear warfare, environmental disasters, planetary pollution, overpopulation, killer diseases, and collision with a comet or asteroid.

A professor of theoretical physics, Michio Kaku, at City College of New York described what the aftermath of an asteroid collision would be like when he said, “An asteroid only a kilometer across would create cosmic havoc by impacting on the earth. The shock wave would flatten much of the United States. If it hits the oceans, the tidal wave it created could be a mile high, enough to flood most coastal cities on Earth.”

One such collision actually occurred in 1908 when a meteor or comet exploded over Siberia and flattened 1,000 square miles of forest which equated to 80 million trees. The energy released by the collision created tremors that were reported as far away as London.

The most likely scenario for an apocalypse according to scientists and scholars is a nuclear war. Austrian theologian Ulrich Kortner stated:

“The nuclear threat constitutes not a temporary, but rather an irrevocable global threat. The actual possibility of an end to all life is now a constituent part of our reality.”

Before his death in 1996, one of the world’s most recognized scientists, Carl Sagan, wrote,

“The development of nuclear weapons and their delivery systems will, sooner or later, lead to global disaster.”

It remains undetermined though when the world will end. Astrologers had long held that the world was expected to end in 2012 and companies capitalized on this by having “End of the World” sales.

Events were posted on Facebook in commemoration of this momentous occasion. The day the world was expected to end was December 21, 2012, which of course did not come to pass. 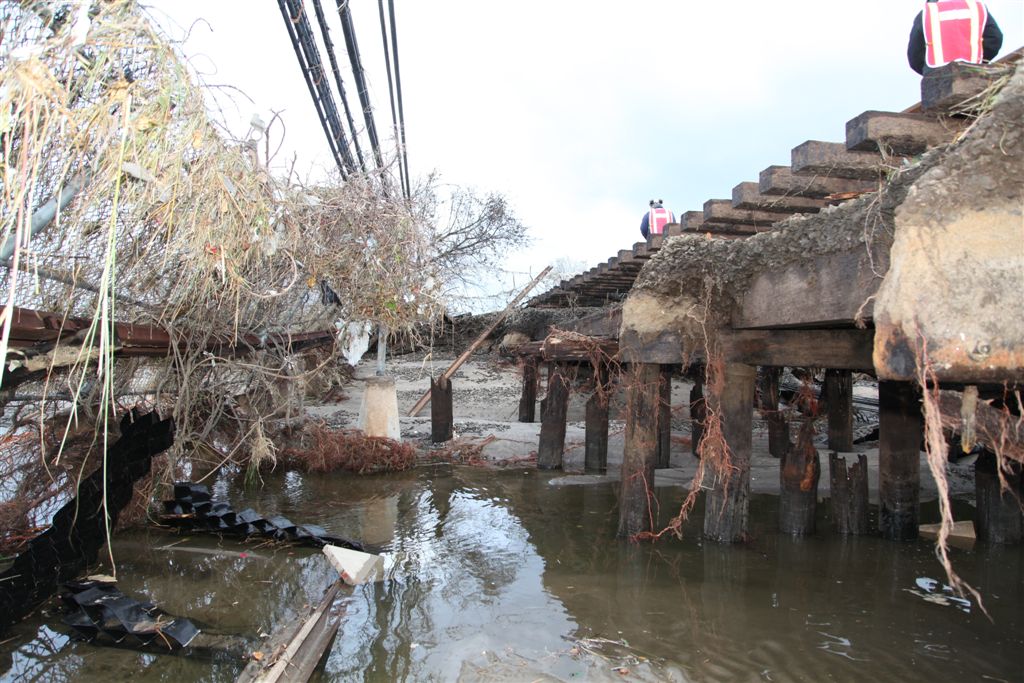 However, in October 2012, many New Jersey residents did experience a major shift in their universe due to the intensity of Superstorm Sandy. Homes were destroyed and several residents left the state due to issues with insurance companies regarding the rebuilding of their homes.

The aftermath of Sandy is still widely felt throughout the state as there is still uncertainty about when everyone will be able to return home.

It was truly the greatest storm I had seen in my lifetime and I remember volunteering afterward to help organize clothes, canned food, and lunches for those who had been forced to seek shelter elsewhere.

It is now evident that the apocalypse has been a major topic for discussion for centuries. Many refer to the Bible for its prophecies of when and how the end of the world will occur.

I personally do not believe that the end of the world will play out in any of the above-mentioned scenarios.

I am of the opinion that the world will keep on going, well, until we either destroy it ourselves or a man-made conscious, super-intelligent, powerful A.I. (Artificial Intelligence) takes over the planet earth.

But, whatever be the case, the end is never truly an end but only a new beginning. For now, I sincerely hope that we can end global conflicts so that we can become a unified global civilization and do not aim to destroy each other.

It will be easier to fight an alien civilization or man-made machines if we are one than if we have our nukes pointed out to each other.

Peace to all. Enjoy your day.

Did you know about the free VIP pass offer to the Naked Soul Club? Subscribe your email address now and be part of this tight-knit community of lovers, readers, writers, adventures, and other people just like yourself. I send great content directly into your mailbox. Once a week. Sign up now and stay in the touch!

This post was written from a spiritual/religious perspective but there can be many other scenarios that I have not discussed here. What are your thoughts on the end of the world? Do you think the world as we know it will end? Or, will there be only a forward journey? Tell me in the comments and I’ll try to answer your questions. The first 10 commenters are always my favorite and I like to personally communicate with them. So share your thoughts.